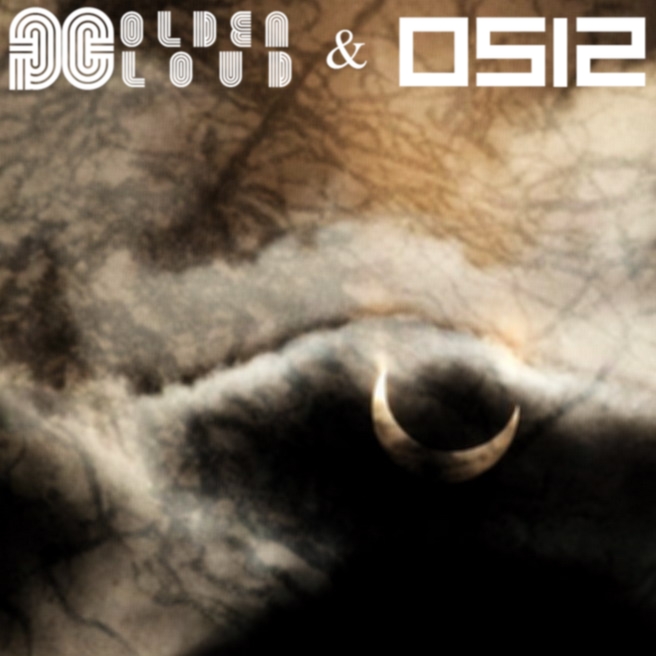 An emotional drone/ambient/dark ambient release by a Polish artist Golden Cloud and Swedish O.S.I.S., whose other projects include for example The Musk-rat Cult. Luckily the savvy title "Split" doesn't indicate that the music suffers from a lack of imagination. Both tracks succeed well in creating a specific atmosphere, but unfortunately for a listener wanting a full journey rather than individual listens, there is a big gap between the two counterparts.

Starting Golden Cloud track Clearlight flows brilliantly combining ambient with a steady bass beat. The ambient flows between noise and melody so effortlessly it has a severe relaxing effect. On first listen it even promises to become a vast explosion into brightness, but it never reaches that. Listening further I become quite satisfied that it doesn't have a genuine peak, its strength is the flow and the balance.

Some of the peaks for me are the 12 minute 20 second pleasant noise waves electrofying and fastening and the ambient in the end which almost transforms into a distinctive melody but stays distant enough to not quite reach you. The constantly varying background noise produces many similar satisfying effects and keeps you alert the whole time. Strongly recommended for headphone listening while falling asleep and strongly not recommended for hitting the freeway on a 70s' bus.

The O.S.I.S. Trismegistus, doesn't reach the emotions or beautiful melodies Clearlight does. On the other hand it isn't supposed to as it weaves it's path with grim atmosphere instead of brightness thus being a lot harder to listen upon. Also very hard to review as i've never liked too gloomy pc-games, and this kind of silent hill-esque horrorsound reminds me of just those. Very psychotic, has even a small background melody among the drone/dark ambient wall, but it doesn't blossom, being more of a murky wind chime. The track nears harsh noise but even more it is pure horror.

It's name Trismegistus is likely taken from the ancient Greek god Hermes Trismegistus who lead souls into afterlife. The O.S.I.S interpretation hints that the afterlife isn't a very pleasant place, or at least the way there is murky. If you feel like trying having a crack at your future afterlife (before it hits you) or just enjoy hellish tortures in general Trismegistus might be your kind of thing.

As stated previously, the split is pretty hard to listen in one go as it really turns out two sides of a coin. Clearlight is a bright track and Trismegistus a dark voyage. However both have enough length to be long enough listens on their own.

Uploaded by Sirona-Records on September 17, 2011